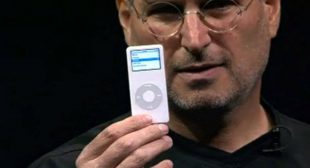 Apple just stopped manufacturing and selling the iPod Nano and iPod Shuffle, the two most loved music players in the early days.

Withdrawing the production of iPod Nano and iPod shuffle is not a surprising step by the tech giant. The company doesn’t have much focus on the iPod selling since it stopped reporting the iPod as a separate business in 2014 the same year it also retired the iPod c