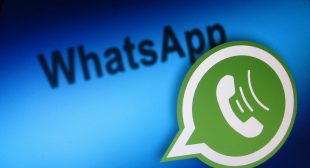 WhatsApp Added Picture-in-Picture Feature Along With Text Only Status Update To The App
www.mobileappdaily.com

The most popular instant messaging platform, WhatsApp just enrolled the Picture-in Picture feature along with the text only status update option for the users. The company was testing the feature in its iOS and Android app for quite some time, now started pushing to the stable version of the app. The Picture-in-Picture upgrade enables the […]