The Essential Phone: Is it Really Worth Saying It an Anti-iPhone? 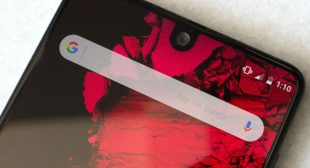 There are lot of talks going on about the new member in the smartphone world which is built  by none other than the father of Android, Andy Rubin. The Essential products are the manufacturer of the phone but Andy Rubin is the man behind the whole idea. On May 30, 2017, the Essential phone was officially revealed and on 9 Aug 2017, Andy Rubin announced that the phone is in mass production and